We want our products to inspire our customers and partners to create innovative spaces.

This challenge requires us to meet the expectations of increasingly demanding users who seek high-quality, beautiful and functional products that are also environmentally friendly and meet the highest safety standards with regard to their production and handling.

World’s leading brand in the category of quartz surfaces, composed of
more than 90% natural quartz. It was launched on the market in 1990.
It includes the innovative N-Boost technology patented by Cosentino®, an advanced technological development that improves the functionality, quality and beauty of the surface. It facilitates
cleaning and daily maintenance and offers great color intensity and
extraordinary shine.

Silestone® ECO Line is a series manufactured with at least 50% recycled materials. It has Cradle to Cradle, LEED, Greenguard and EDP certifications.

Launch of the new collections with HybriQ technology in Silestone, a new generation of increasingly sustainable products.

Ultra-compact surface whose launch in 2013 represented a revolutionary new category of surface in the market. Manufactured with the exclusive Particle Sintering Technology (TSP) and developed by Cosentino® Group’s R&D group, it comprises an ultracompaction system to mimic the process by which natural stone is produced.

Thanks to a verified Voluntary Offset Project, our Dekton product has been declared carbon neutral, as the total emissions associated with the entire life cycle of the product have been offset.

Main developments and launches in 2020:

In just a few months and in the midst of a worldwide pandemic, the Collection became Dekton®’s most successful launch in the last three years. It combines four themed series each with their own distinctive personality: the sensitivity of nature captured by Chromica, together with Liquid’s elegance and fluidity – reserved for our most innovative clients – the daring and provocative colours of Avant-Garde, together with the versatile and diverse tones of Portfolio.

LIQUID: Each of the tones within this colour palette is inspired by elements in their liquid state. Staying loyal to PATTERNITY and its philosophy, the concept of this collection takes inspiration from the beauty found in nature, protecting the environment and promoting sustainable design, resulting in unique patterns such as Liquid Embers and Liquid Sky or the new Liquid Shell texture.

AVANT-GARDE: To be daring is to be a trendsetter; to innovate is to have an impact, to break away from the norm. Avant-Garde is a fusion of new designs from Dekton®’s most state-of-the-art collections. Rich, chromatic designs for spaces with a distinctive personality. Laurent is one of the most distinctive and unique colours in the world for its complexity and beauty, thanks to its texture, which adds an interplay of shades that enhances the golden and black contrasts of its veining.

CHROMICA: It emerged from the collaboration with architect and designer, Daniel Germani. This new series has been created with the aim of expanding the Dekton® colour spectrum, incorporating two new must-have shades in sophisticated, chameleon-like matte: one blue, like Baltic, and the other green, like Feroe.

PORTFOLIO: It brings together five traditional colours to suit all types of project. Simple one-colour patterns with subtle veins and details that combine versatility with an unmistakable touch of style, including Rem, the flagship of one of this year’s great technical innovations, the synchronisation of relief and design. In Rem we can appreciate fine veining with subtle grain, which offers the ultimate in natural sensitivity.

At Cosentino we are launching a new series of colours inspired by the industrial style. The origin of this style dates back to the mid-20th century. In those days, abandoned factories, large workshops and warehouses in several New York neighbourhoods were turned into open-plan housing, or what became known as loft apartments. Back then, concrete, cement, beams, pipes and the deliberately unfurnished look became a central and popular look within many homes.

Silestone® Loft has managed to capture the essence of 5 iconic places in the world which offer a special industrial beauty in their streets, buildings and urban areas – an essence that is brought into homes through a new, purely urban collection. Homes become extensions of the neighbourhood, places where we are in constant contact with the source materials.

It is the connection between the past and the present that has led us to the creation of the Silestone® Loft series: Camden, Poblenou, Seaport, Nolita and Corktown. Do these names ring a bell?

These represent five iconic neighbourhoods with a distinctive history and industrial look that is reflected in their streets, buildings, urban furniture and interior decoration. 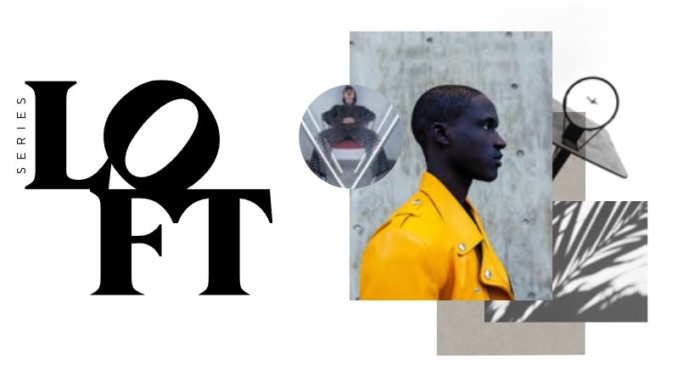 Silestone® Loft features, for the first time, the innovative and exclusive HybriQ® technology. This is a new production process characterised by the company’s commitment to the environment, circular economy and sustainable management.

HybriQ® is a qualitative leap in the evolution of the Silestone® brand. Furthermore, thanks to HybriQ® technology, the presence of crystalline silica is significantly reduced in Silestone® Loft surfaces.

Cosentino has developed a new generation of Silestone® that is more sustainable and environmentally friendly. This milestone is the result of more than three years of intense work by Cosentino Group’s Innovation and Product and Environment teams.

In addition, some colours contain recycled content. These colours are identified as HybriQ+®.

Both HybriQ® and HybriQ+® technology incorporate patented or patent-pending innovations.

Dekton® and its new formats

Dekton® is destined to become the product that covers all surfaces, its properties make it ideal as an architectural material and its design is the inspiration and main feature of many interior spaces.

The format, traditionally based on the worktop, has been one of the areas of work to improve the adaptation to new functionalities. Optimma format was created with the aim of improving Dekton® for interior vertical cladding.

The Dekton® slab has been optimised taking into account its common applications to create a new format with better price, design, installation and handling. The first format of this family is 260 x 100 x 0.4 cm.

→ Cost-effective: The dimensions have been optimised to the most common cladding standards, which allow us to reduce excess material and economise on the price of the piece.
→ Purposeful Design: The slab has been created to maximise its overall height, making it much easier to cut for cladding.
→ Easy to install: The product is smaller and lighter which makes it easier to transport and handle. Cutting can be done with simple tools, without the help of marble fitters. The piece is always delivered in mesh and with edges already bevelled.
→ Match Design: A design intended to place the slabs vertically, thus creating a continuous design.